The 2016 MYA AGM and Trade show was once again well supported by members and traders with visitors coming from all districts of the MYA and spending their money, chatting with old friends and having their say.

The formal AGM started at 1.45pm prompt with a minutes silence for all those members who had passed away during the last year.

David Rose acting as chair thanked the council members who were standing down, with special mention to Dave Stewart who relinquished the role of IOM registrar after 9 years. The executive council members then gave their reports and took questions from the floor, these were followed by the voting for the roles on the MYA Council and this year saw three significant roles up for grabs, all filled by skippers who are active amongst the fleets; something that has to be good for the sport.

1st new council member is our New Chairman – Terry Rensch – Known to many and as enthusiastic as they come, look out for his introduction letter soon. 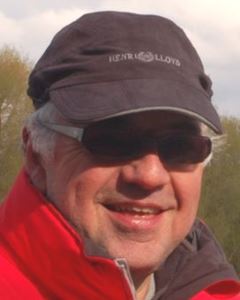 2nd new council member is Vice Chairman- Phil Holliday- Another enthusiast who will bring renewed vigor to the council activites.

Final spot is a change of role with Darin Ballington moving from Digital Communications to Race Officer, another with bags of enthusiasm who has committed to keeping racing fun, competitive and at the core of the MYA activities.

Following on from the vote and introduction of the new chairman, Terry took over the meeting and asked for any other business questions; with topics of discussion ranging from The Acquaint through to possible changes to the Standard Sailing Instructions for 2017 he got a good chance to see the range of issues he will be tackling within the MYA!