11 of the original 15 entries turned up at Heybridge to be greeted by glorious sunshine and no wind, but closer to the start time the Race Officer, Graham Childs, was able to set a course along the left hand bank for the initial race. The wind increased slightly but kept swinging , and the course was moved to a diagonal from the far bay to hut corner but the wind did not co-operate requiring several alterations to the mark positions, and by lunch time another course had to be laid along the Club side bank. The wind increased to an unsteady force 1-2 and racing continued.

As the day progressed a pattern of results emerged with Colin Goodman stringing together a run of wins to take first place, two of the visitors filled the podium, Chris Harris second and Trevor Binks third.

Thirteen races where completed without recourse to the Protest Committee, thanks in large part to the efforts of Graham , the race office, and Roy the boatman. The smooth running of the event was facilitated by the scorers Anne Dennis and Lyn Childs, and the observers Keith, Keith and Toby who gave up their racing to assist.

Special mention in dispatches to Barry who kept marking the position of the far starting line buoy by attaching himself to it so everyone else could avoid it. 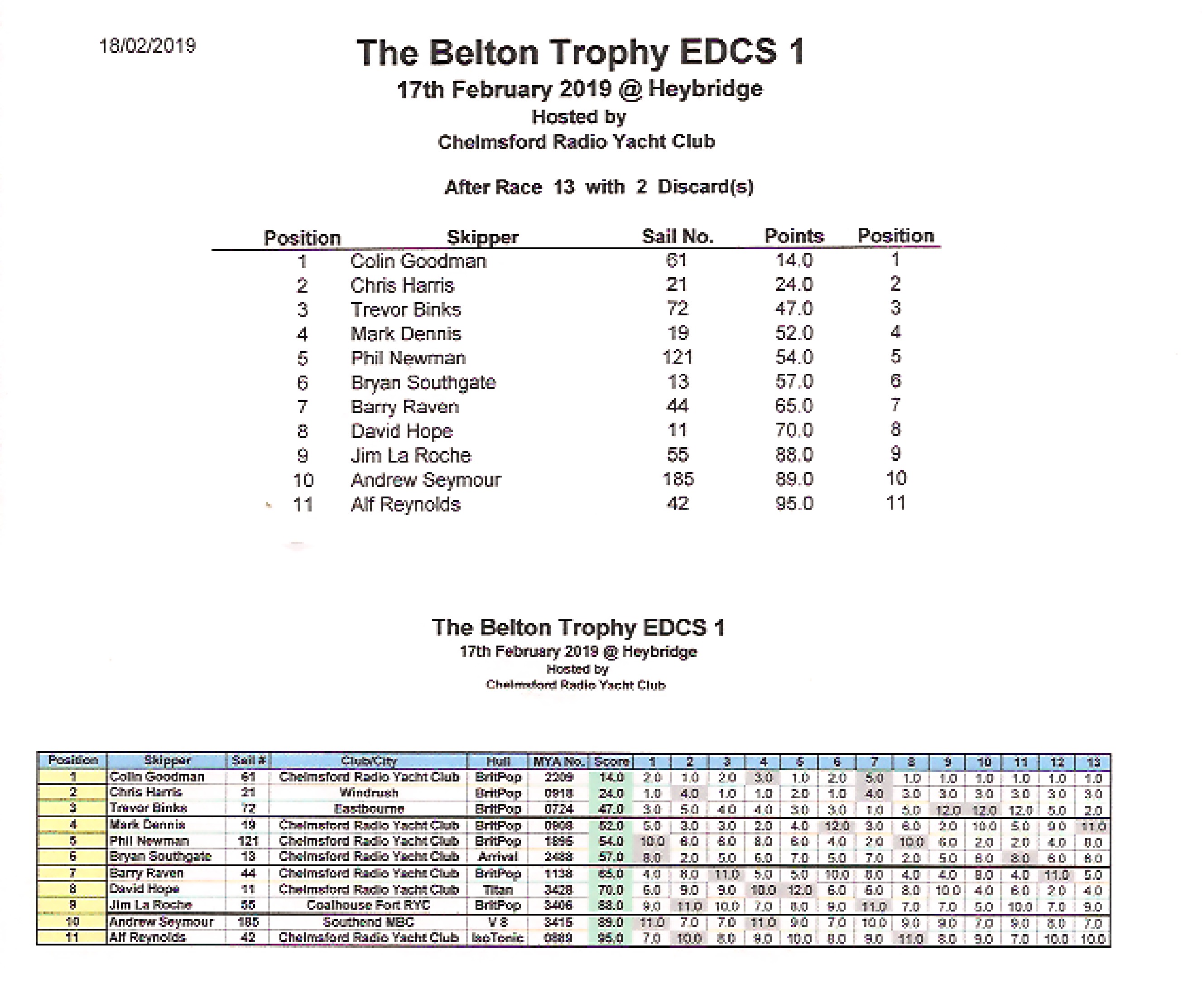 We had a very crisp but dry day.  Twelve skippers enjoyed a good days racing…